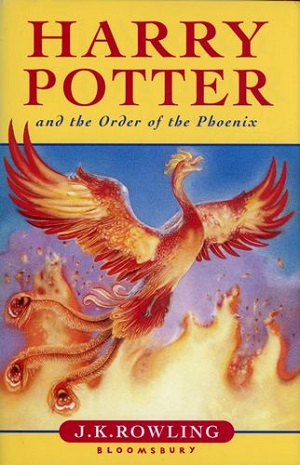 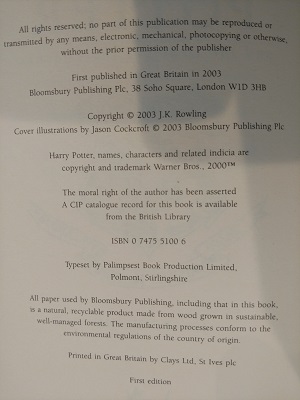 HARRY POTTER AND THE ORDER OF THE PHOENIX (CHILDREN'S UK EDITION)

Hardcover UK, first printing and true first edition. The "Children's Edition" with all first printing points present: "First Published in Great Britain in 2003 Bloomsbury Publishing Plc" with "First Edition" stated on copyright page. The UK Children's Edition are rare because they were banned for export to the US because of the contemporaneous US edition by Scholastic. This is a Fine (unread) copy in fine jacket with moderate bump, associated crinkling at top left corner of front jacket at spine hinge caused by a clumsy shelving. Otherwise, the jacket is clean without tears with clean edges (but for the flaw described above), with the 16.99 GBP price intact on lower front flap. Page block is square, bright and dent-free without previous owner's marks or personalization. The spine is straight and square without any lean. Illustrated boards identical with the dust jacket illustration by Jason Cockcroft. Not a book club, remainder or ex-library copy. Published June 21st, 2003, the fifth book featuring Harry Potter and his friends' fifth year at Hogwarts. Rare to find fine copies in the US because of the export restriction mentioned above plus copies are usually "loved to death" by their previous owner's who read and re-read these books. This Children's Edition featuring the full color, wrap-around jacket by Jason Cockcroft. Award History: 2003 Bram Stoker Award Winner for Superior Achievement in a Work for Young Readers; 2004 Locus Poll Award Nominee (lost to The Wee Free Men by Terry Pratchett); 2004 Prometheus Award Nominee (lost to Sims by F. Paul Wilson); Amazon's Top Ten Books of 2003 - Science Fiction & Fantasy; Amazon's Top 50 Books of 2003; Barnes & Noble Best Books of 2003 - Science Fiction, Fantasy & Horror.

Title: HARRY POTTER AND THE ORDER OF THE PHOENIX (CHILDREN'S UK EDITION) 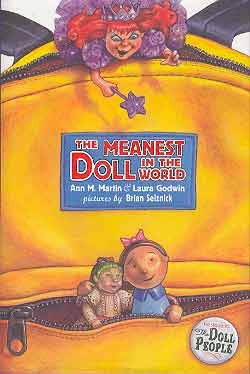 MEANEST DOLL IN THE WORLD [THE] 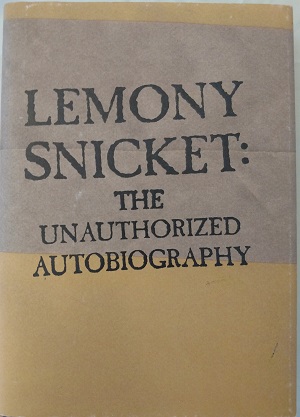 By: Snicket, Lemony (aka Daniel Handler) 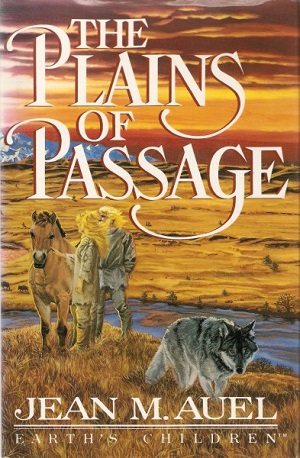 PLAINS OF PASSAGE [THE] (SIGNED) 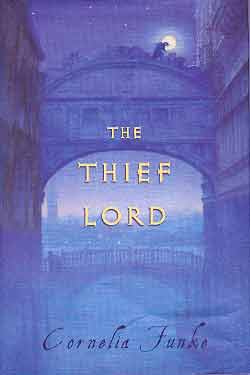 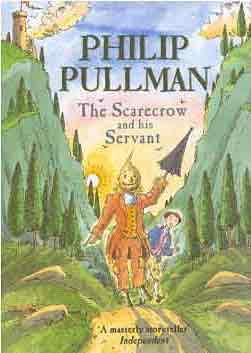 SCARECROW AND HIS SERVANT [THE] 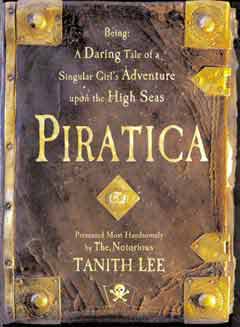 PIRATICA: BEING A DARING TALE OF A SINGULAR GIRL'S ADVENTURE UPON THE HIGH SEAS

HARRY POTTER AND THE ORDER OF THE PHOENIX (CHILDREN'S UK EDITION)