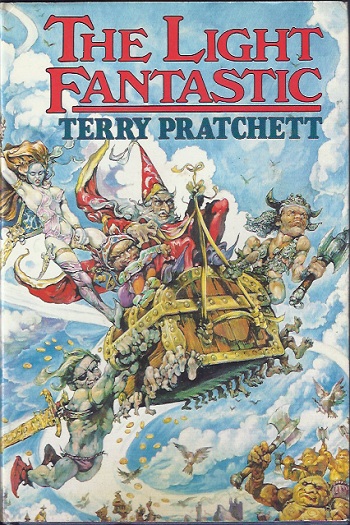 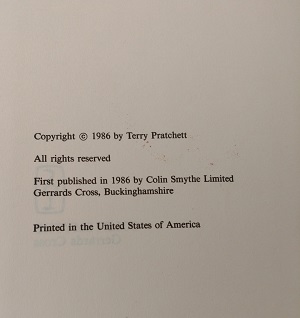 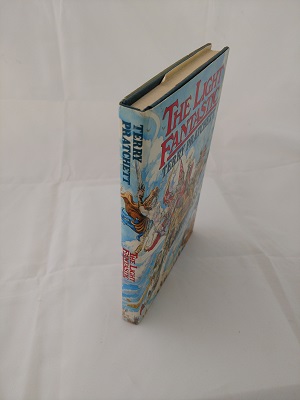 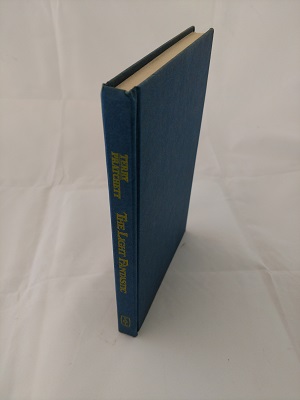 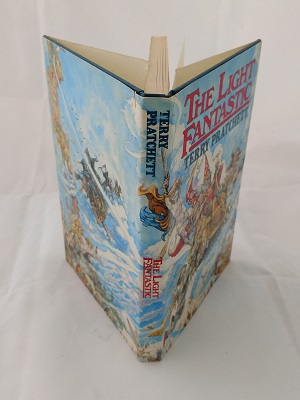 Book Club Edition, first printing, first US edition and first US hardcover edition. (The true first edition was published previously in the UK by Colin Smyth in 1986 with the same Josh Kirby jacket. This Colin Smythe / SFBC edition was re-printed for the U.S. market, after Colin Smythe declined the offer from St. Martin's Press and accepted the SFBC offer instead, with the statement "Printed in the U.S.A." added on the rear jacket flap. Another Book Club Edition was published later in the U.S. by St. Martin's Press.) The second Discworld novel, preceded by The Colour of Magic.) A fine (unread) copy in fine jacket. Not a remainder or ex-library copy. All first printing points are present: Code #11154 on rear jacket panel with first printing code "R32" on page 188 indicating a first printing in August, 1987. Statement "First Published in 1987 by Colin Smythe Limited" on copyright page. Light blue boards with the title in gold lettering on the spine. Later SFBC printings do not have gold lettering on spine. (If the gutter code is anything other than R32 and the lettering is not gold then it is a later printing.) All first US hardcover editions were published as book club editions until HarperCollins took over publishing with Small Gods, the 12th novel. Faint bump at head of spine panel, however the jacket is clean and bright without sunning, the tips are sharp and the spine is straight and square. A clean, straight copy with jacket intact without clipping, a common defect with this title and Book Clubs in particular. Extremely rare to find a Book Club this age by Pratchett in fine condition. A wonderful copy featuring the outstanding full color, wrap-around jacket illustration by Josh Kirby. An iconic book. 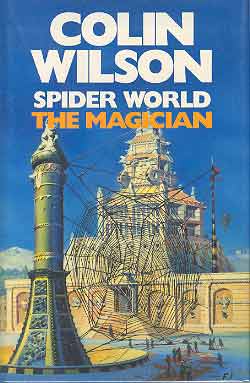 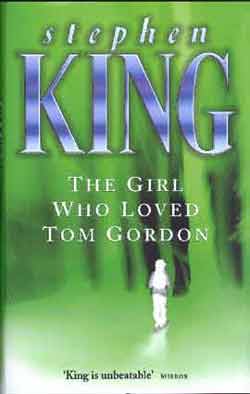 GIRL WHO LOVED TOM GORDON [THE]