The Art of Richard M. Powers

We've been fans of Richard M. Powers' (1921 - 1996) artwork since we were kids devouring SF books at our local libraries. His artwork fed the sense of wonder generated by the stories his art graced and made the first impression before we even read a word. He is one of the pioneers of the SF & Fantasy art genre. It is a pleasure to catalogue and post his jacket paintings here for generations of fans, new and old, to enjoy.

SPACETIMEWARP: PAINTINGS by R.M. Powers. The 16 full-color color plates shown below were published by Nelson Doubleday in 1983 in a folio titled "Spacetimewarp: Paintings." Each plate measures 10 3/4 inches x 13 3/4 inches, unfortunately too large to fit onto our scanner in their entirety.

Plate Eleven - Title: The Yeast-Tundra at the East Pole of fFlar: The Mylar Age

Plate Thirteen - Title: The City of fFlar: Blue Period, An Age of Robots

Plate Fifteen - Title: The Corpus of the Ur-Hero

Plate Sixteen - Title: The Death and Disfiguration of fFlar: The End of Time 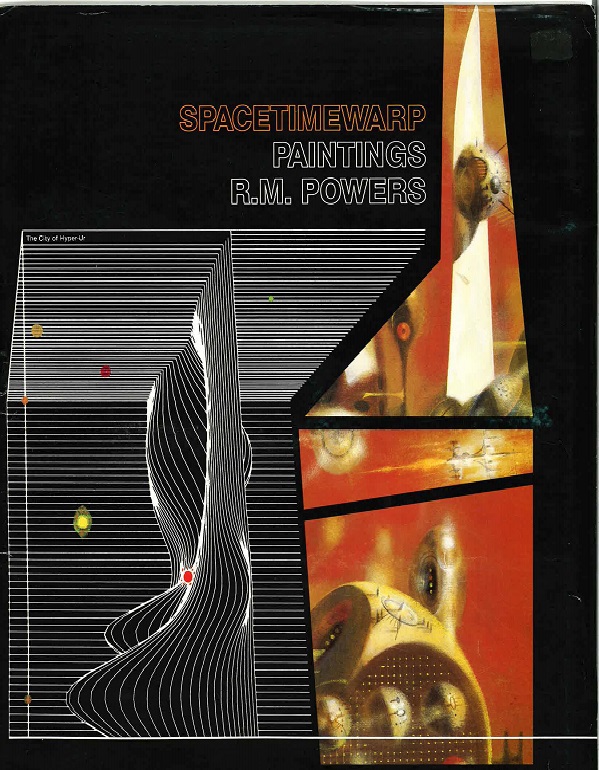